It's official!!! I introduce you to our ONE HUNDRED PERCENT OFFICIAL ALWAYS AND FOREVER SON, Gideon Isaac Williams. 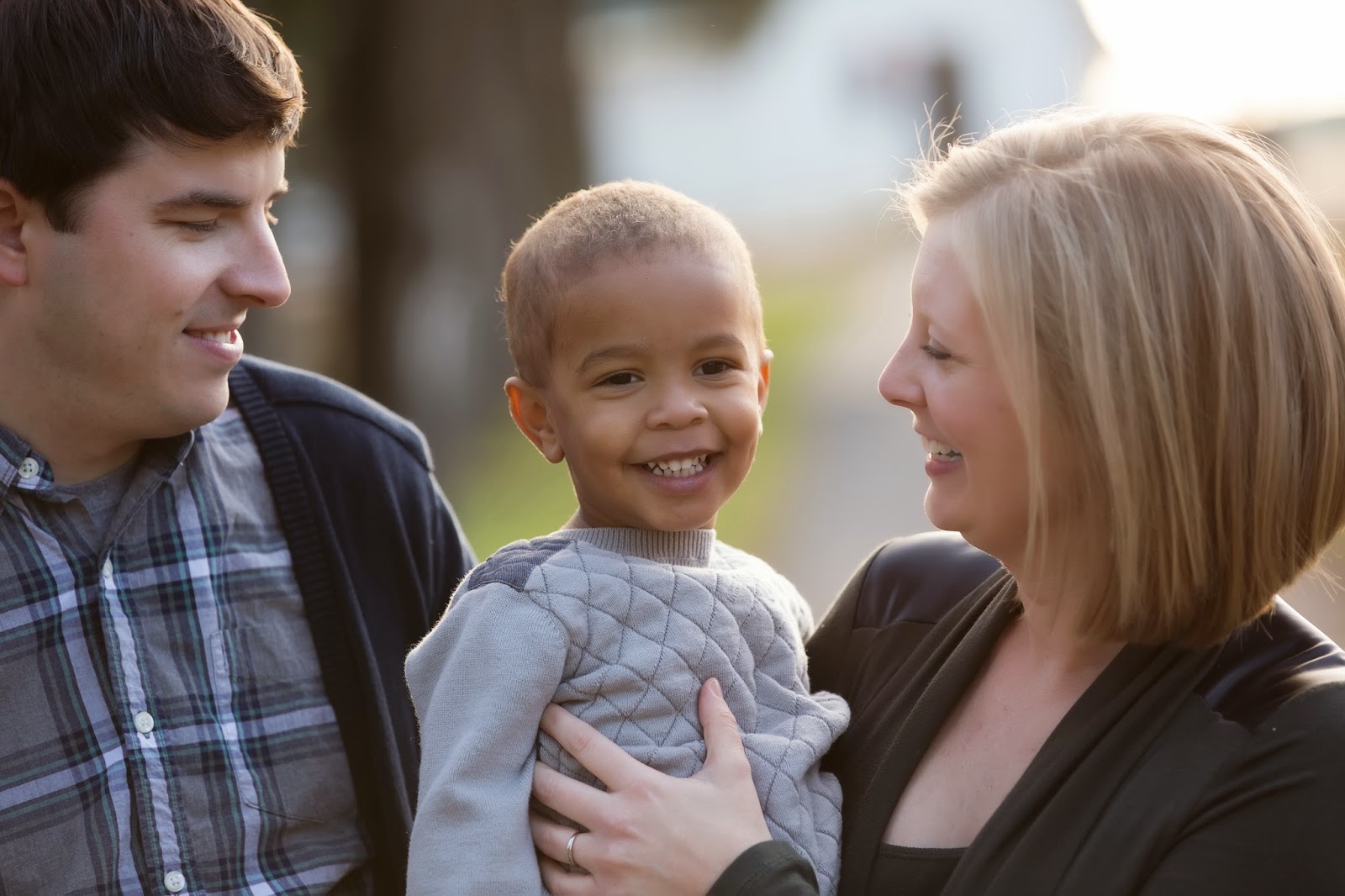 We are overjoyed to say that Gideon's adoption is finalized after almost two and a half years (889 days to be exact) of waiting. We are so happy that the papers finally say what we've known in our hearts all along - Gideon is our son.

There is so much to say and so much story to tell, but for now I will leave you with these (and there are plenty more to come!) - 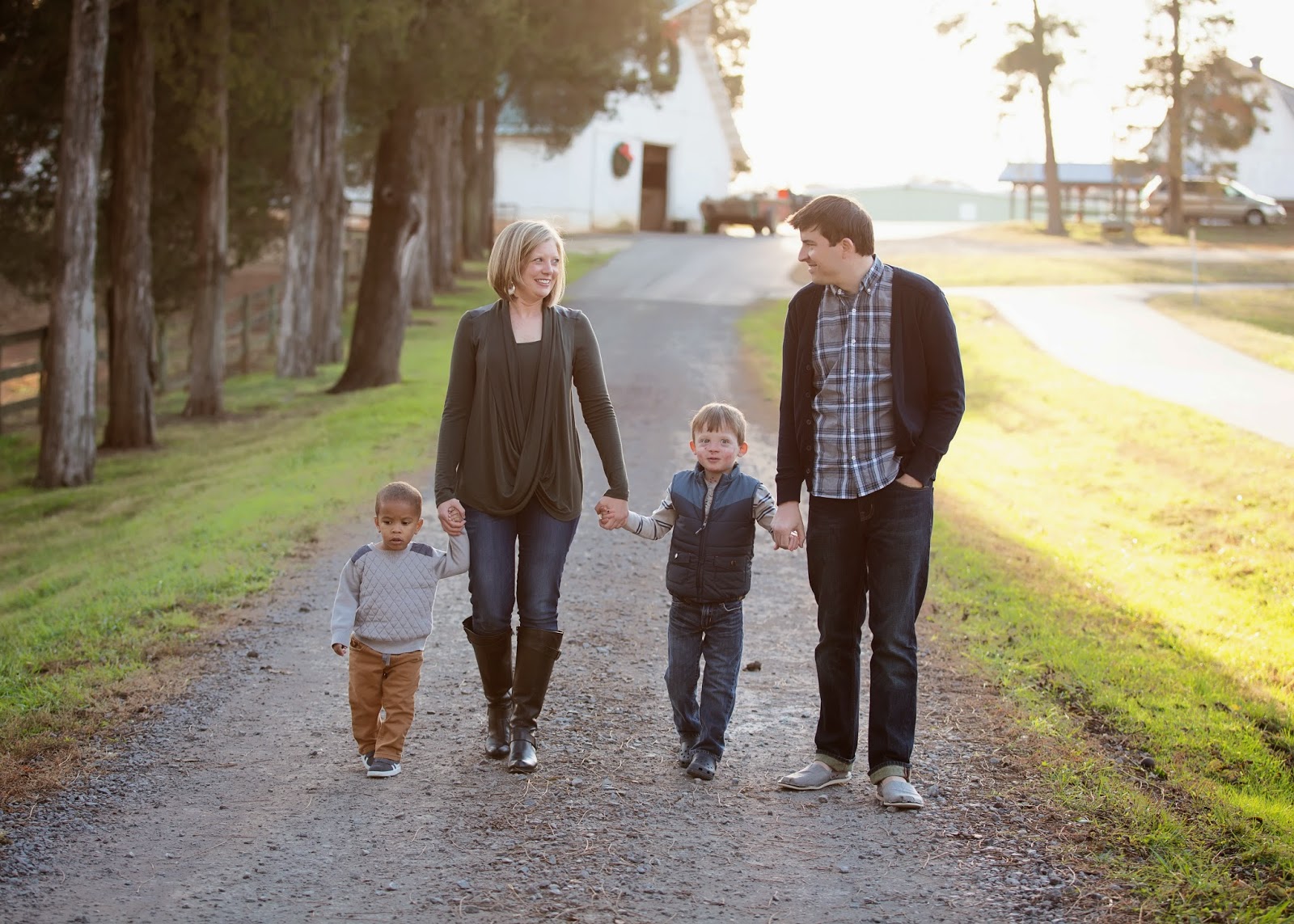 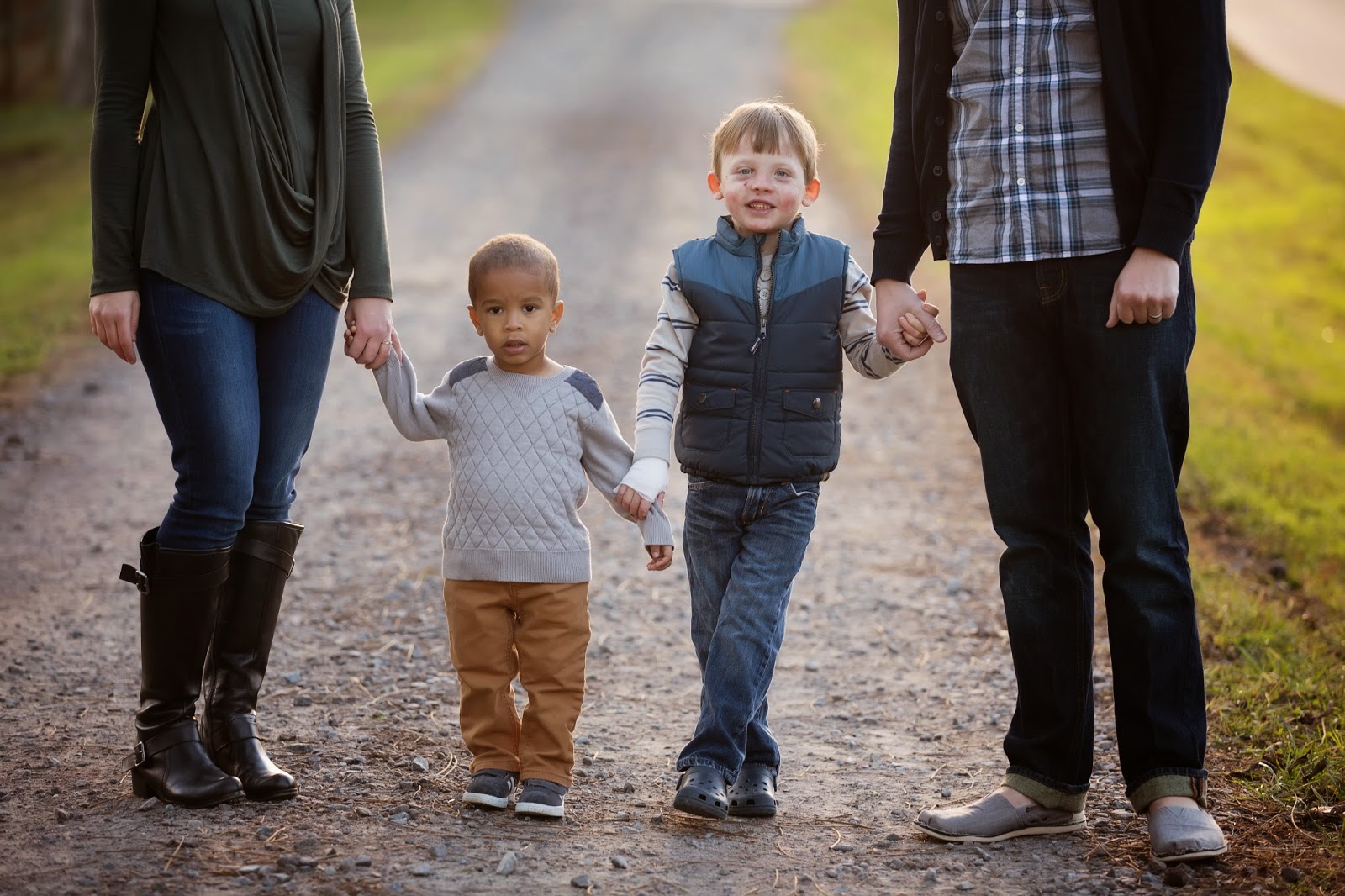 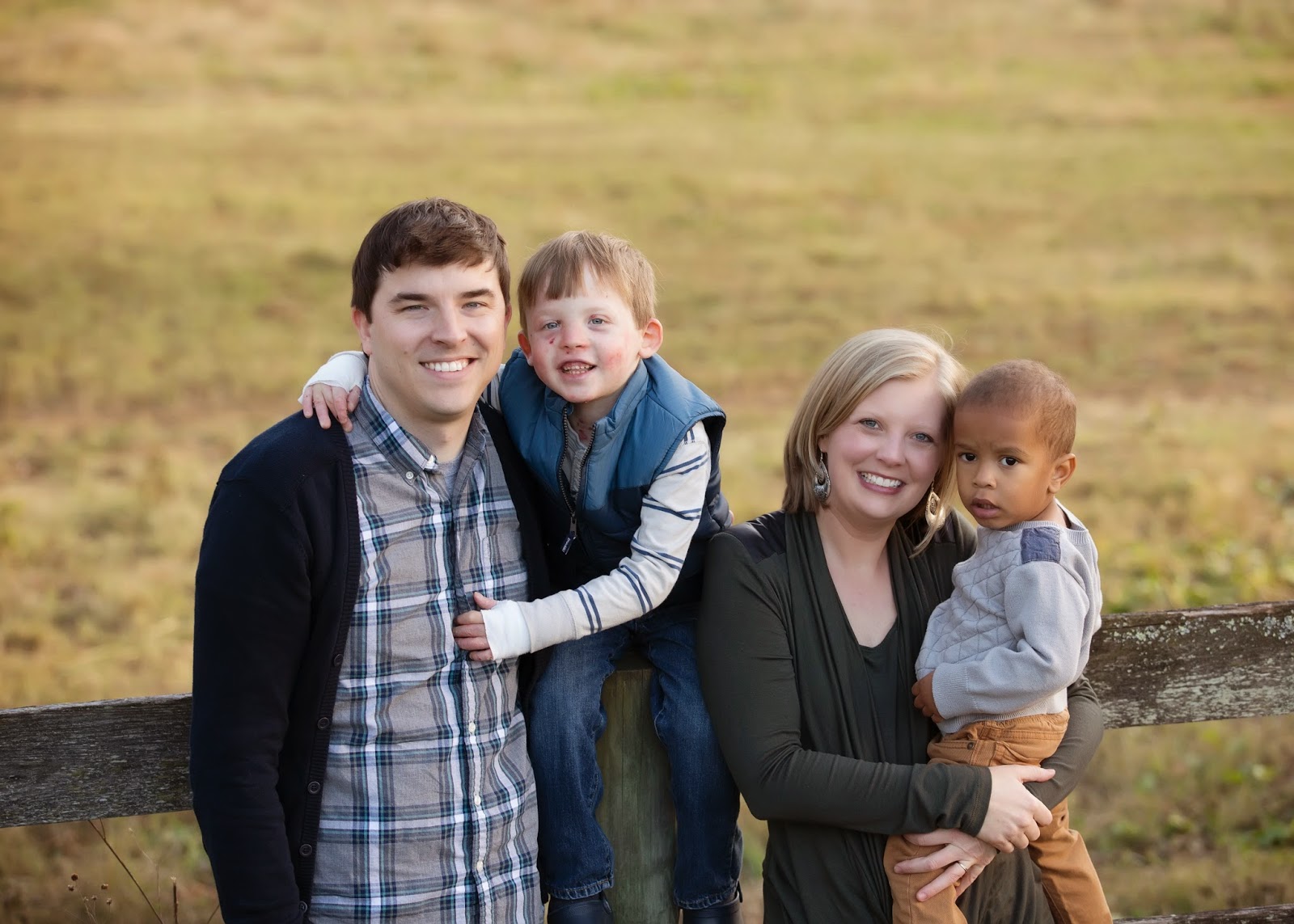 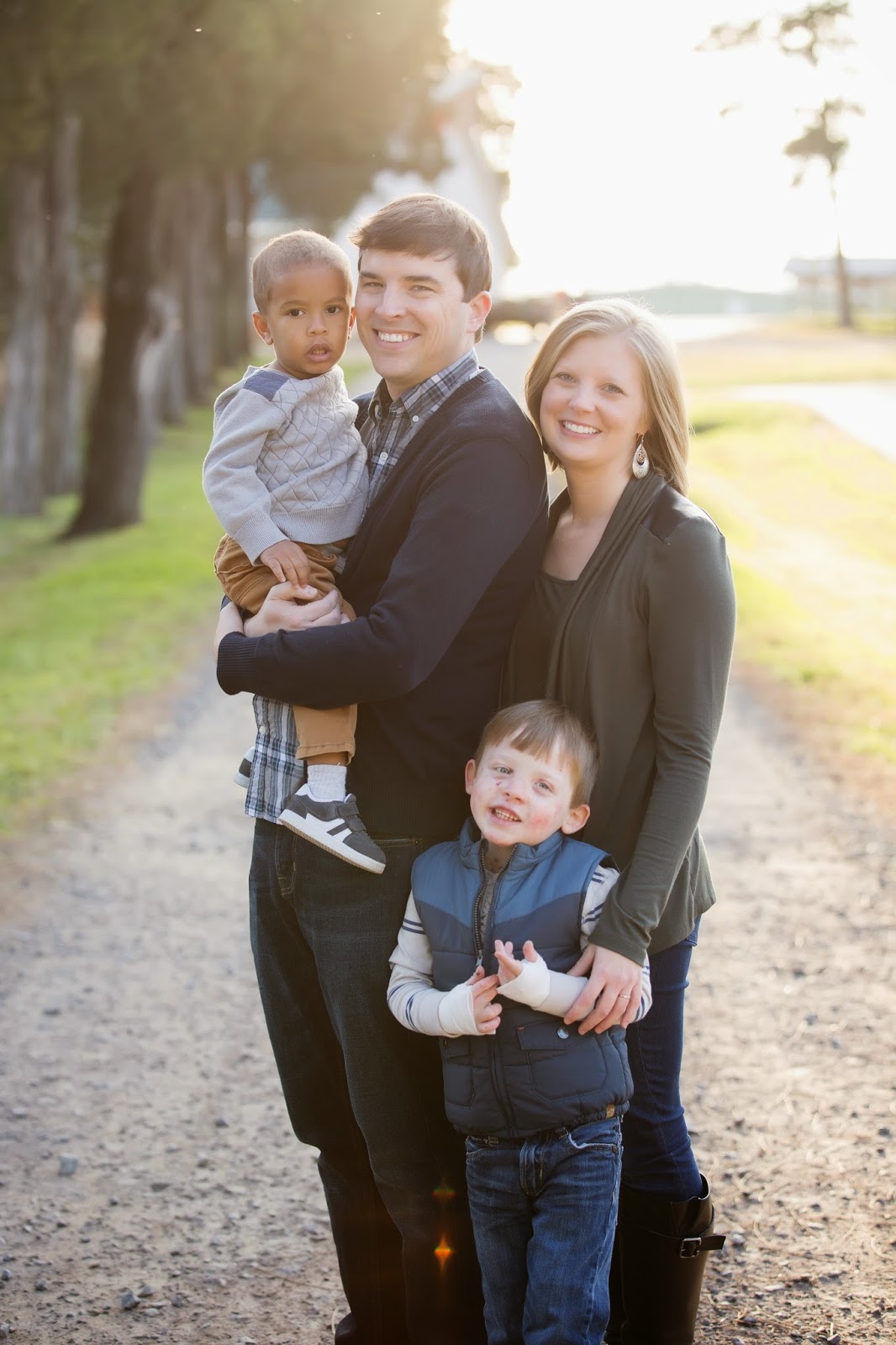 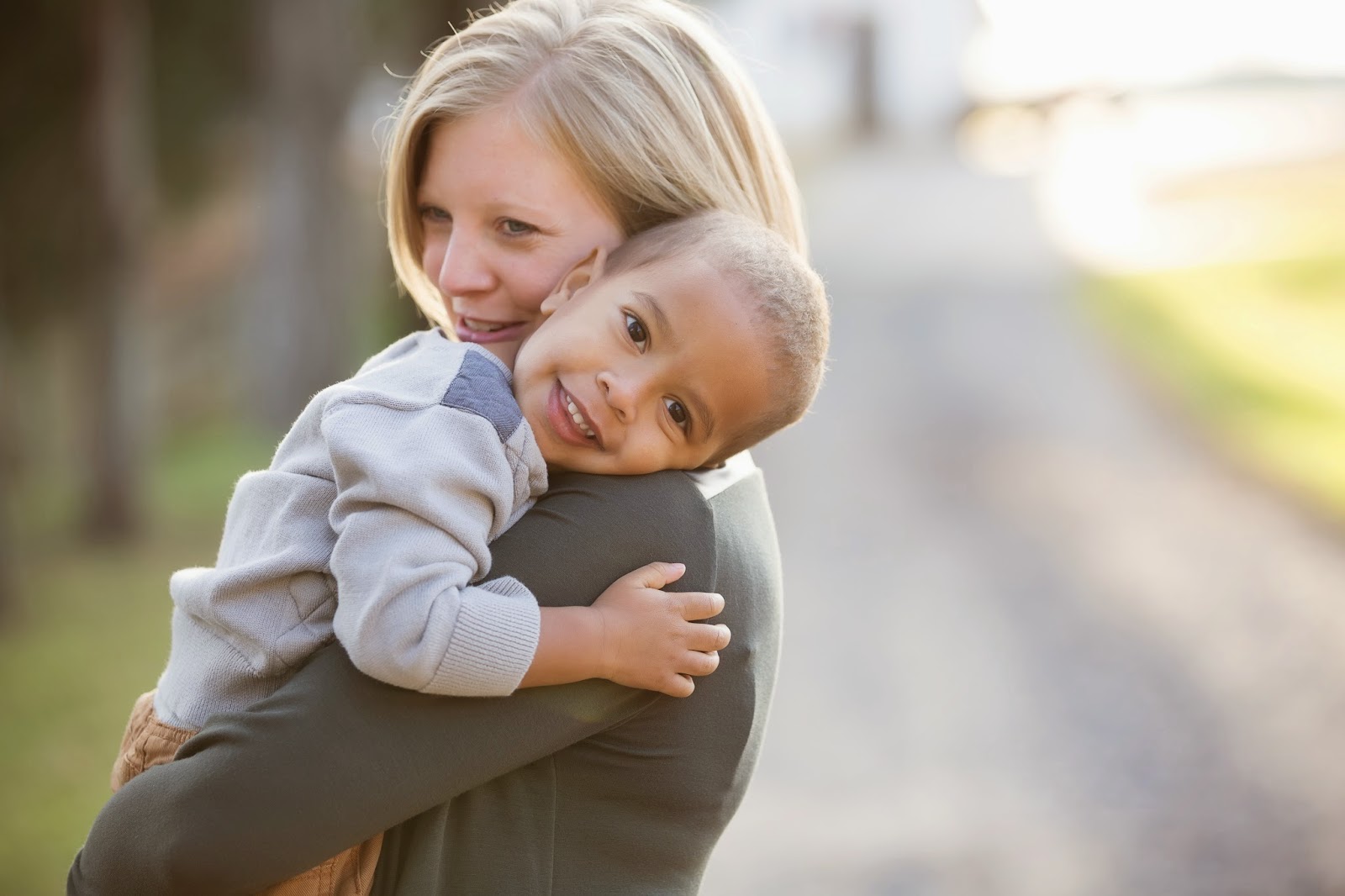 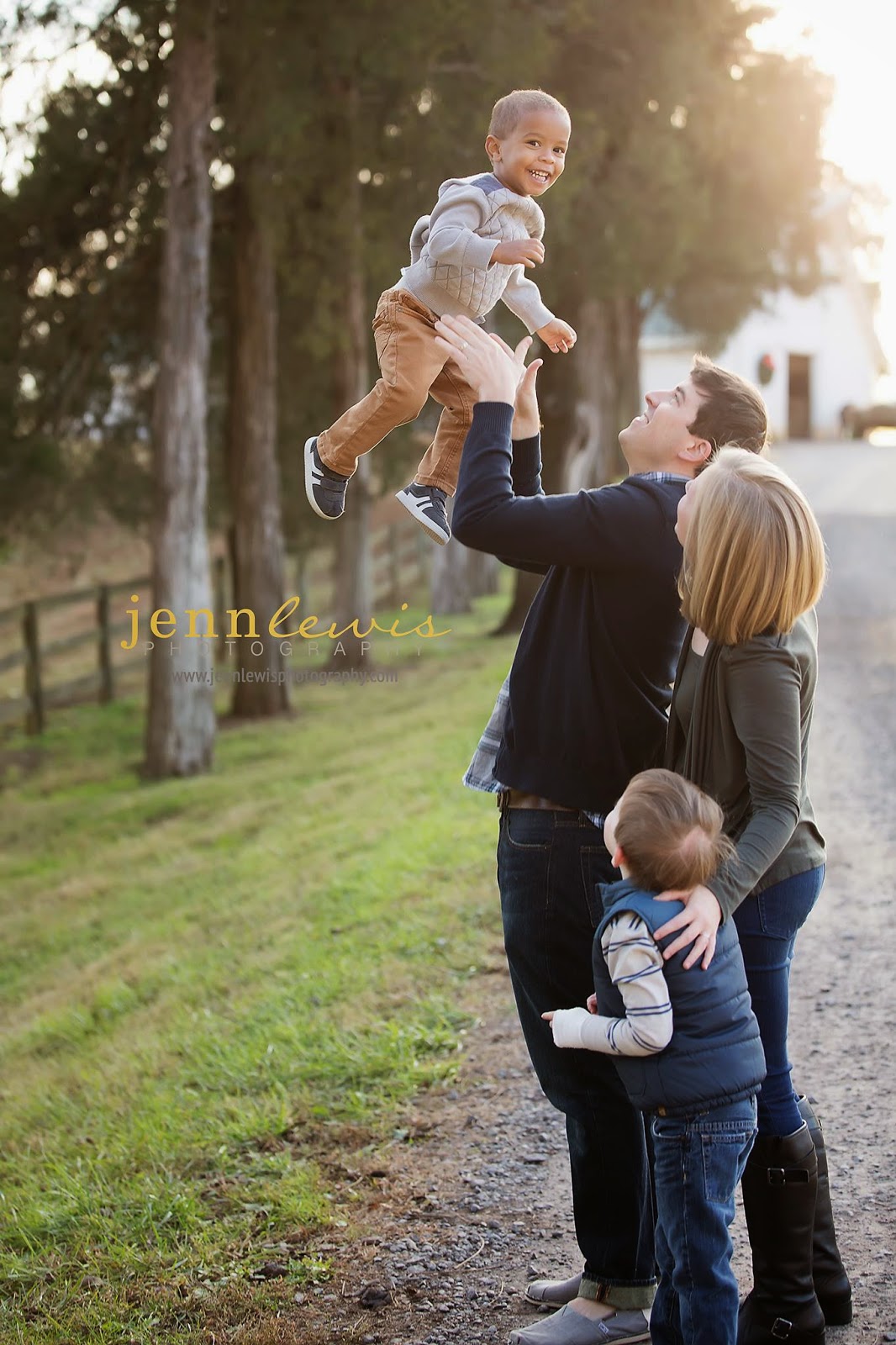 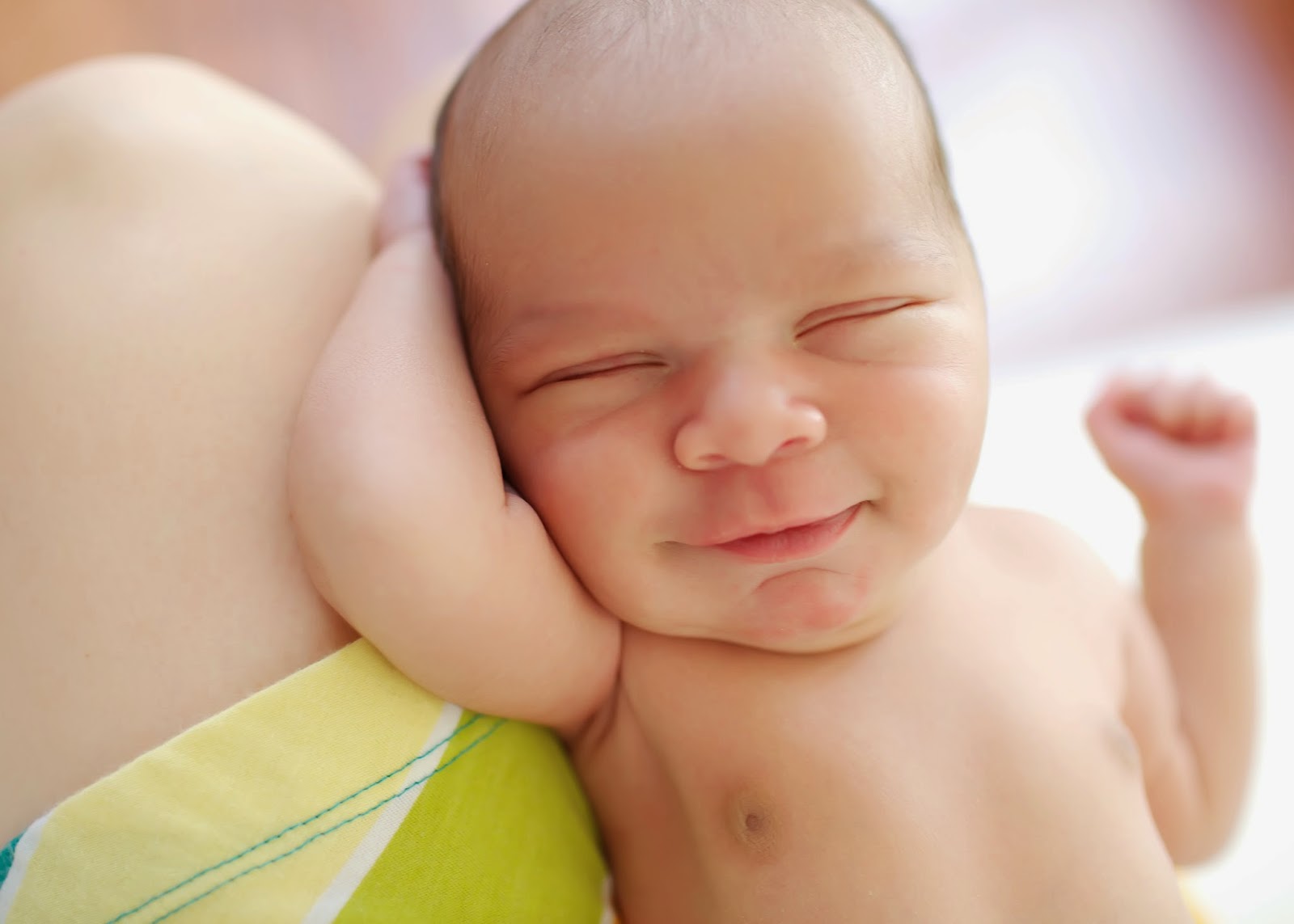 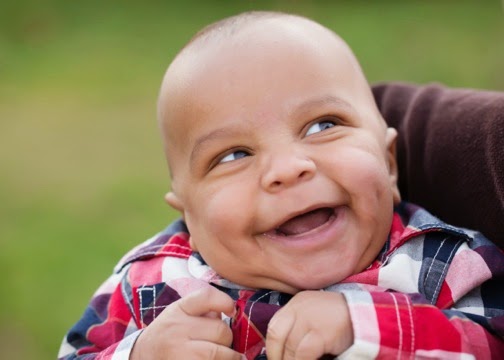 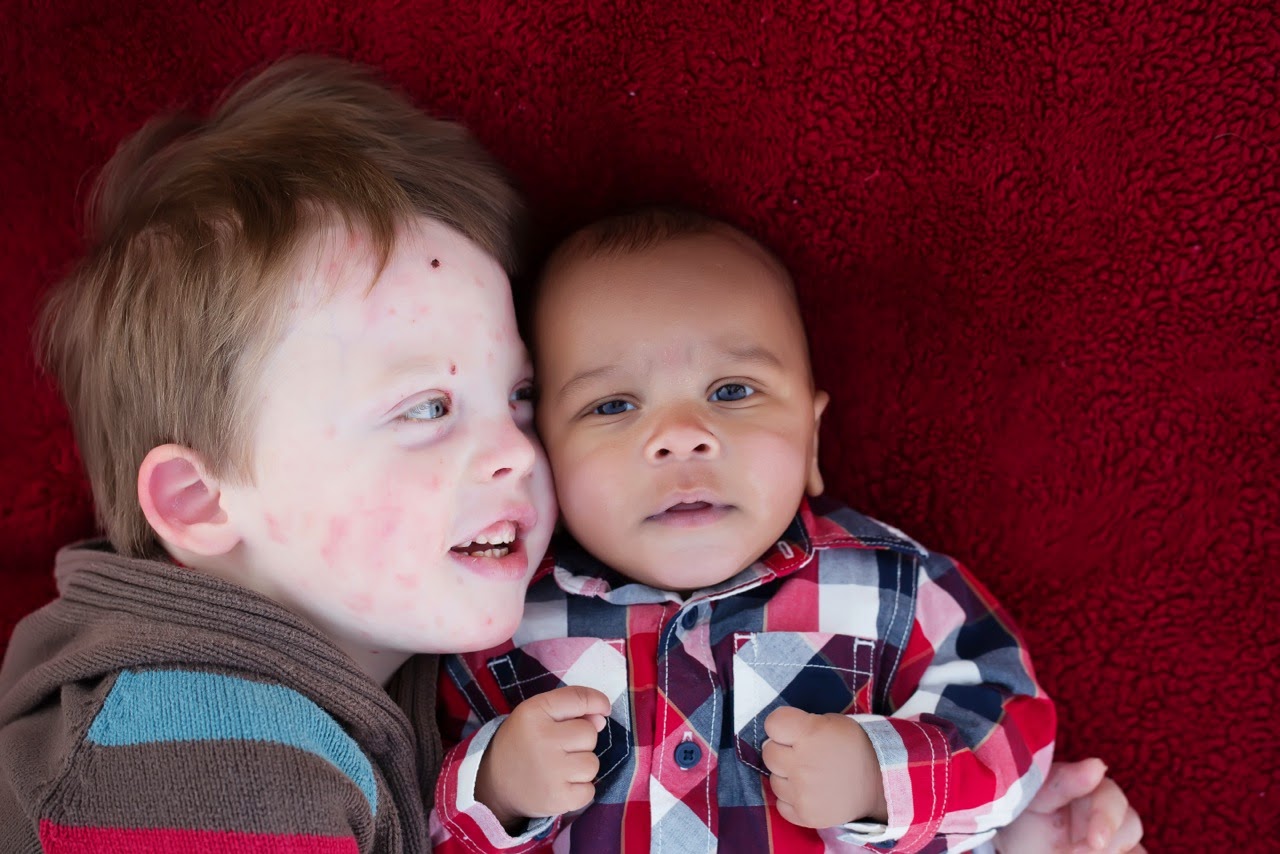 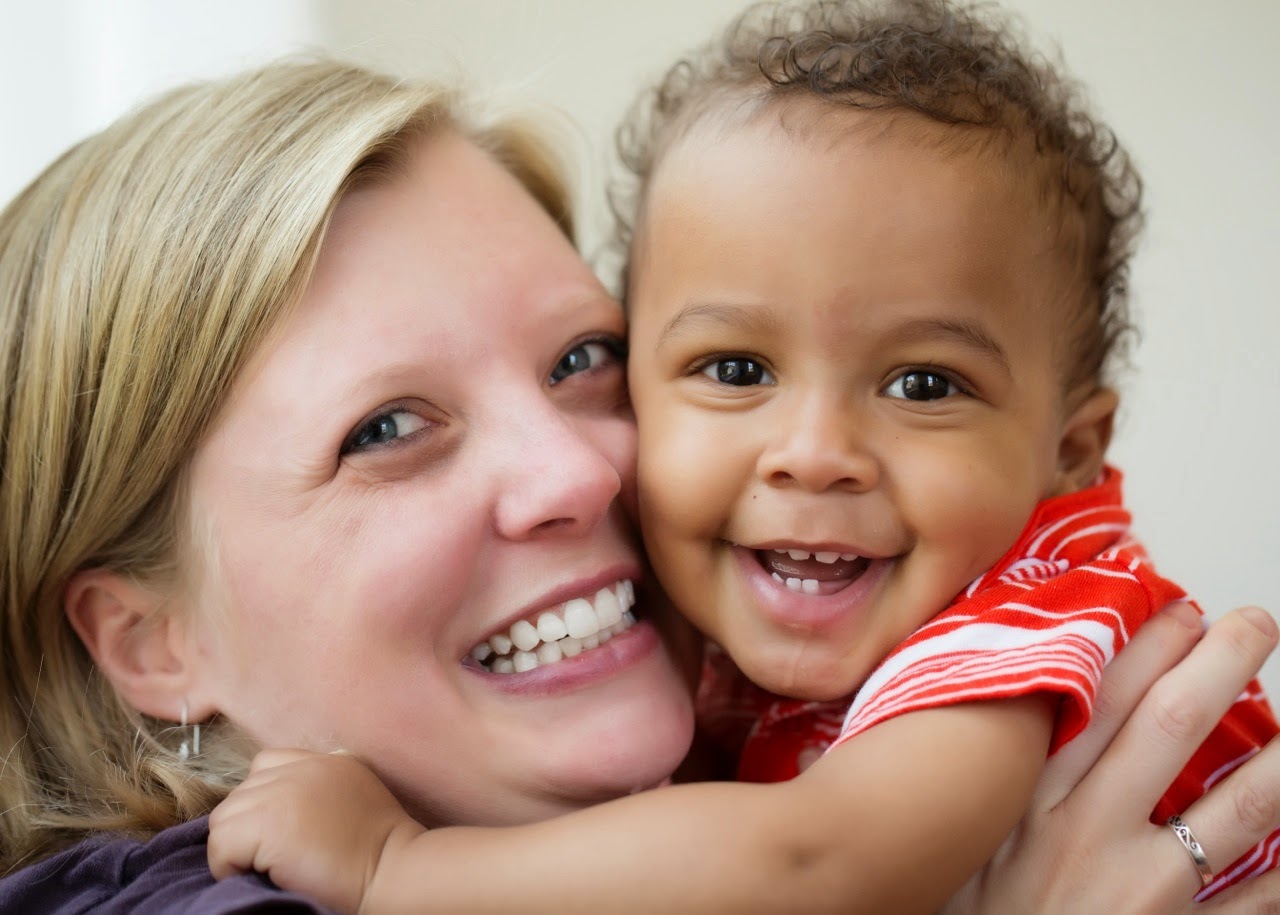 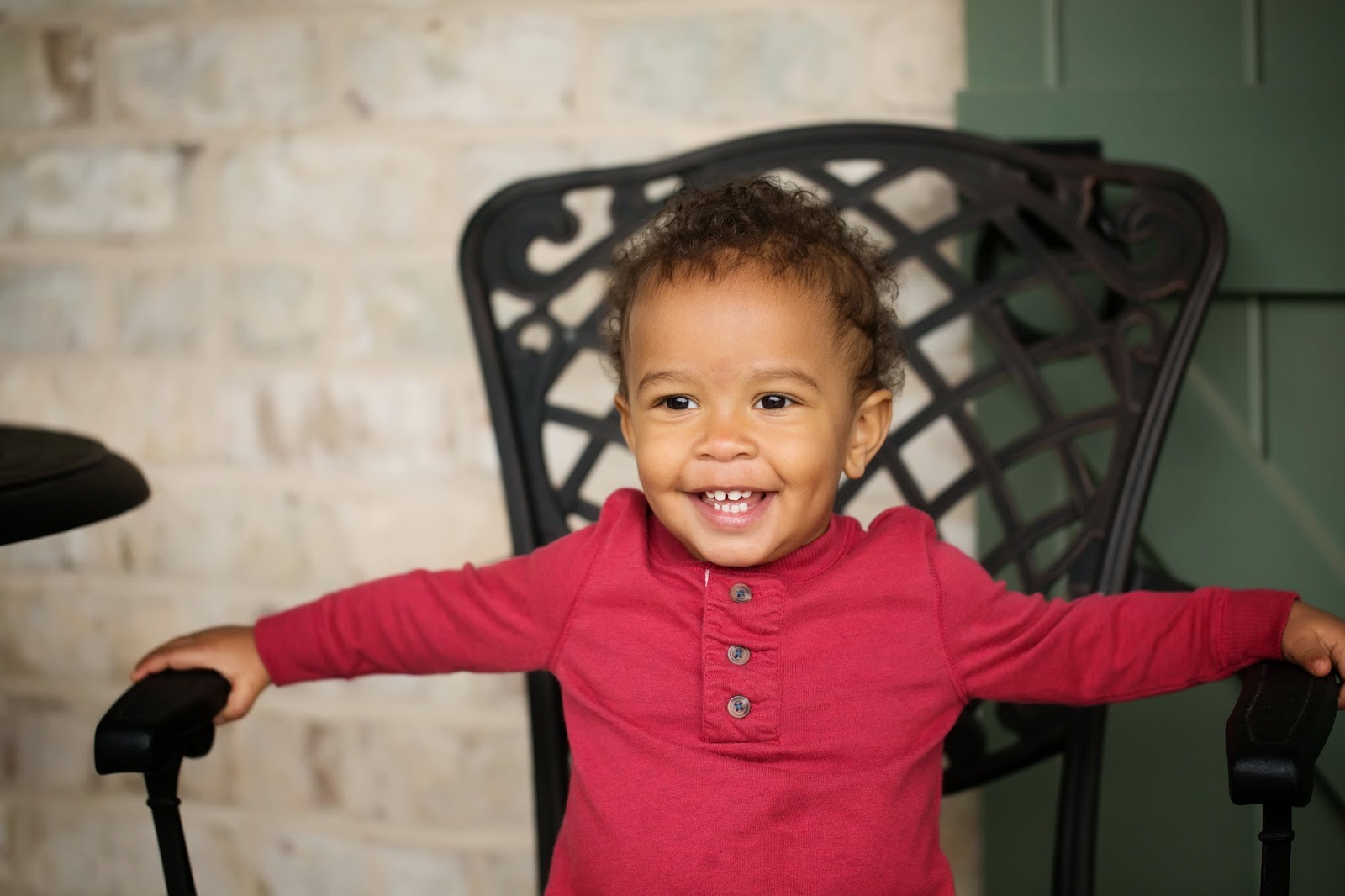 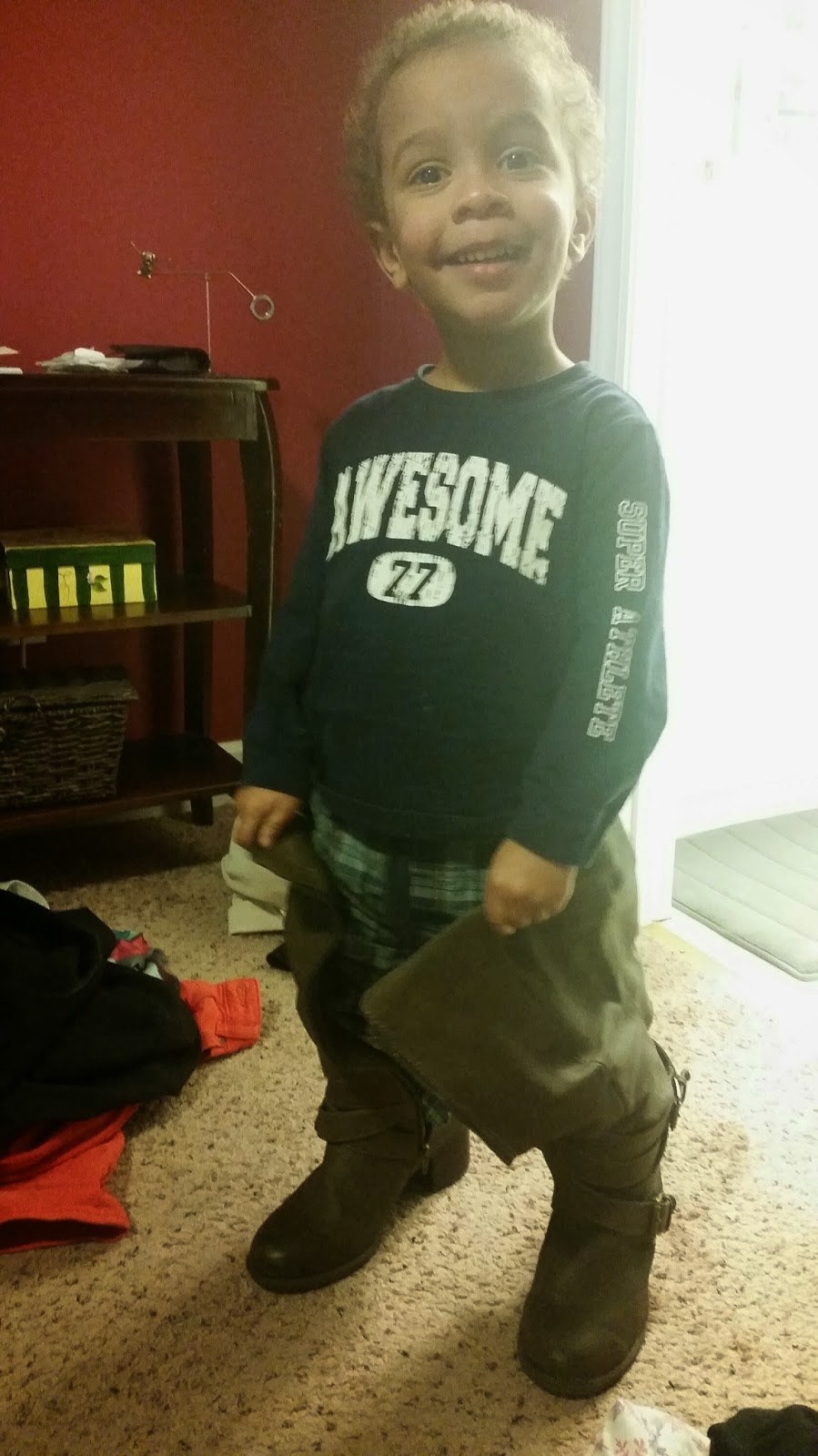 And as always, thank you to my sweet friend, Jenn, of Jenn Lewis Photography, for documenting so many beautiful moments in our lives (except for that last one... I took that one with my cell phone... while Gideon tried on my boots...).

Oh my goodness!!!!! CONGRATULATIONS!!! What a beautiful family you have.

Oh Patrice!!! This update warmed my heart so much! First I loved the update and then to get the best news ever!! Hooray!!! Congratulations and so many blessings wished upon your gorgeous family of four. Gideon is just so handsome and I adore the smile on his face when he's thrown in the air and in his two month photo! So wonderful to see Jonah looking so great. God is most certainly good! xoxo

I am a long time follower... My heart is so happy for you and your family! God bless!

I am a long time follower... My heart is so happy for you and your family! God bless!

So happy for you! He is beautiful and such a blessing!! Congratulations!

Wonderful!! Congratulations to you and I'm glad the wait to make it official is over. It's great to finally see his smiling face.

AWESOME does not begin to describe this!

Congratulations. I have followed your blog for a few years & I'm thrilled to read this update. That newborn photo is absolutely gorgeous 😊

So grateful!! Been watching and praying for so long! Happy that this day has finally come!

Praise the Lord. You don't know how many mornings I awake, looking for this wonderful news.

Haven't commented Ina very many years (!?) but so happy to see these lovely pictures celebrating this moment. It filled my heart with joy and my eyes with tears!

OMG - best news EVER!! I know adoption is hard (been there, done that), takes forever, and, until it's finalized, you just always have that fear that something could fall through. Not any more - it's a DONE DEAL! WOO HOOO!!! So very happy for you, and thrilled to see all of your happy beautiful faces and find out his cool name!

Patricia, I'm so happy for your family. Congratulations!

So very happy for you and your family! He's perfect and is right where he belongs. Congratulations!

An answer to prayer to be sure. Your family is beautiful!

Followed your blog for years now. As a mother to two adopted and one bio children I can say the love for your children no matter how they
come to be is exactly the same. Congrats!

O HAPPY DAY!!!! I'm SO happy for all of you! I've been checking here regularly, hoping that there'd be an update - and to finally see this wonderful news.... GOD IS GOOD!!!
Jannette

Praise God! I know how much pain and joy is between the lines. Our sweet girl has been with us a year and we likely have another year ahead. We're celebrating with you from Michigan!!

Congratulations a million times over!!!

I've been waiting for this update. I am so happy for y'all! He's a handsome boy! I can't wait to see more photos and hear stories.

What an absolute doll! Those dimples! So happy for you. A good and perfect gift from the Father of Lights.

I've been following your blog forever it seems. God bless all of you and congratulations . This just made my heart cry with happiness!

CONGRATULATIONS. This is wonderful, fantastic, fabulous news. So excited for you!!!

CONGRATULATIONS! What wonderful news. SO happy for you! ~Tamara from New Haven, CT

So happy to finally hear this! Congrats!!!

I've been waiting anxiously for you to be able to post his beautiful face. So glad he's finally yours. I'm sure the long work and wait were well worth the blessings you guys are to each other.

Yay for your 100% official always and forever son, Gideon! He is precious and so loved by his big brother. What a joy!

Congratulations!!! I'm a long-time follower (friend of Jen & Shawn M.) and hadn't checked for awhile. I'm so glad I did!!

What a GORGEOUS family!! I'm so so happy for you!!

I check your site often, to see if baby boy has become your forever son. I was so excited when I checked it today! God bless you all. Jonah looks like a great big brother.

This makes me so happy! I don't even know you and I'm just so happy for you. When I saw that you updated your blog my very first thought was, "I hope she's writing to say G is their's now." (I've said that every time I've clicked on your blog for the last year). And my boys are still praying and loving on Jonah. Every time my 13 yr old son prays, he prays for Jonah. I don't think he has missed his name in years.

So so happy for y'all!

He is beautiful! Those dimples!!! I love all of the pics, especially the ine with his head on your shoulder. Congratulations! ❤️

congratulations! such a beautiful little boy - he's so lucky to have found his way into your family

Another long time follower here. Glad that you can finally call him officially yours and I'm positive that Gideon was destined to be "yours" from the get-go. God is good and foremost, Gideon is a child of God. Blessings to your sweet family!

Wonderful news! So happy for you :-)

Couldn't be more thrilled for Giddy to officially be part of the family -- although he's been "official" in our hearts the whole time! :-)

As an adoptive mom who's son's adoption was finalized the day before his first birthday, I applaud your sanity in waiting 2 1/2 years to feel that relief! Like you, I knew he was ours but my it's sure good to have that judge say congratulations! Beautiful boy & congrats!

I'm a long time blog reader from Iowa. I'm OVERJOYED to read this blog and as all your fans/readers have been longing for the day to see little G's face and what a handsome one it is. Congrats to you all and your forever family. God is good indeed.

So very happy for you! God bless your adorable family!

Have been following your blog since Jonah was born (a mutual friend linked it in her facebook the day you went in to the hospital on his birthday). Like others I've been checking back to hear this news!! Congratulations!! A beautiful family!

I hadn't checked your blog in a while and was so happy when I checked tonight and saw your sons beautiful faces - both of them! What a blessing! I'm so happy for your family!

I always have checked back on your blog from time to time for updates. Congratulations on your new son! He is adorable! Looks like him and Jonah are going to be the best of friends. I look forward in reading about your family of 4's adventures.

Alright!!! I have been waiting for this day for 2 1/2 years too. LOL He's a doll and I am thrilled for all three of you.

Praise the Lord!! So glad you shared the news with us!!

Congratulations! Such a beautiful family. <3 <3

I am very late in commenting on this post, but I just wanted to say that I am so very glad for you! You are a beautiful family and such an inspiration!