Back in October we got a puppy. YUP.

We had gone to the flea market with my MawMaw to see about some vintage NASCAR stuff for Jonah. "Take your money," I told the boys. "You never know what you might find." (FORESHADOWING)

We got there and the NASCAR shop had closed down. We kept wandering around and going into to different stores. I remember going to a little store that had popcorn and expired (BUT SUPER ON SALE!) individually sized bags of chips. MawMaw gets real excited about these. "They're so fresh!" she says.

After getting ALL THE CHIPS and popcorn, we walked down to another store that had freaky Halloween stuff. I don't love freaky Halloween stuff, but alas, there was a sign on the door that advertised, "Shih Tzu Puppies." Well, I had already been feeling like Deac was lonely (read: I was lonely), and that he needed a playmate (read: I needed a playmate.)

And then we walked in and saw this and I couldn't even. 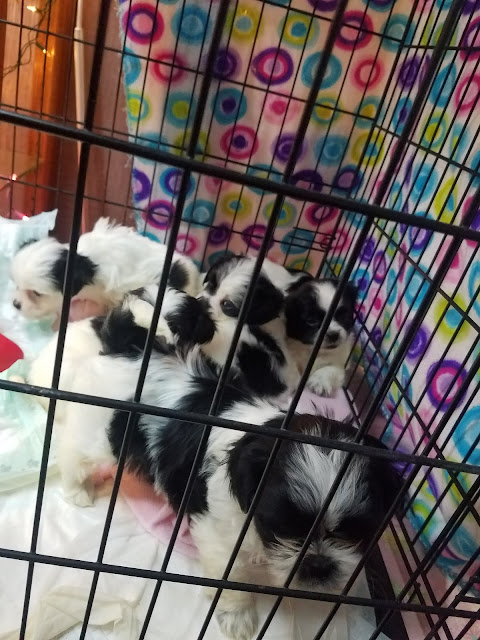 And neither could Gideon and Jonah.

But mostly it was me. (Also, who was going to rescue him from that freaky bat?) 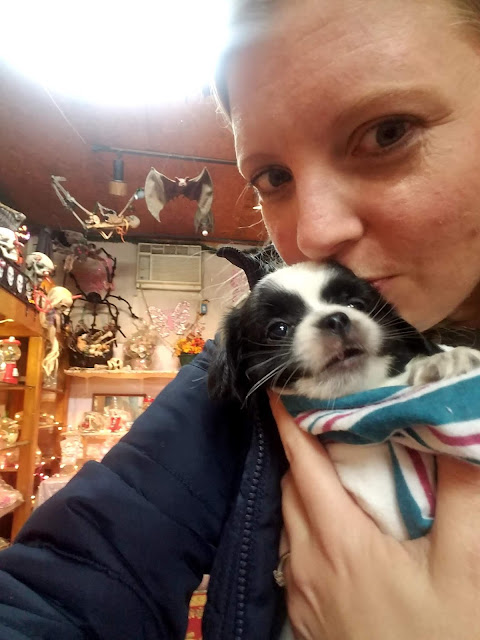 So I called Matt, explained the situation and that "Deac really needs a playmate and the boys really want one and they have their money and they want to pay for him and I'll clean up all the poop and of course it's no big deal and it's all going to be fine." And then he said his version of yes, which was something along the lines of, "Okay, but I'm seriously not cleaning up the poop, and this is on you guys, and if it goes badly, it's not on me, and obviously I have to say yes, because if I don't, you're all going to be upset with me."

WHICH SOUNDED LIKE A CONFIDENT "OF COURSE, BABE. WHATEVER YOU WANT" TO ME.

So we got a cute puppy.

And Jonah named him Joey, after his favorite race car driver and friend, Joey Logano. 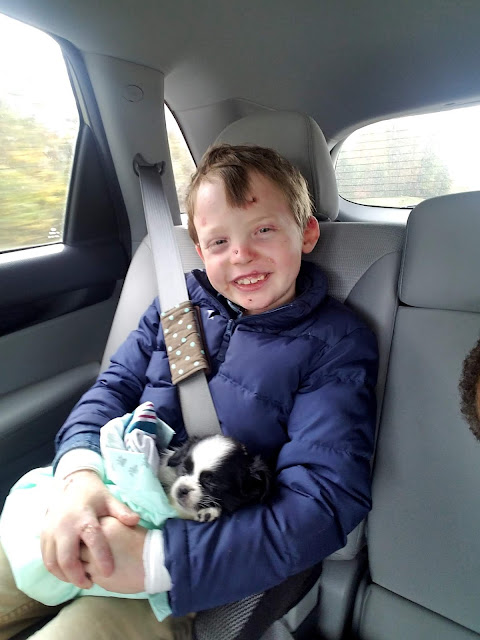 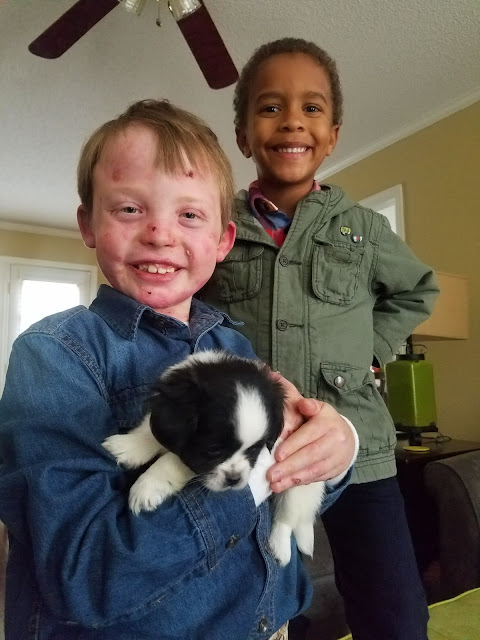 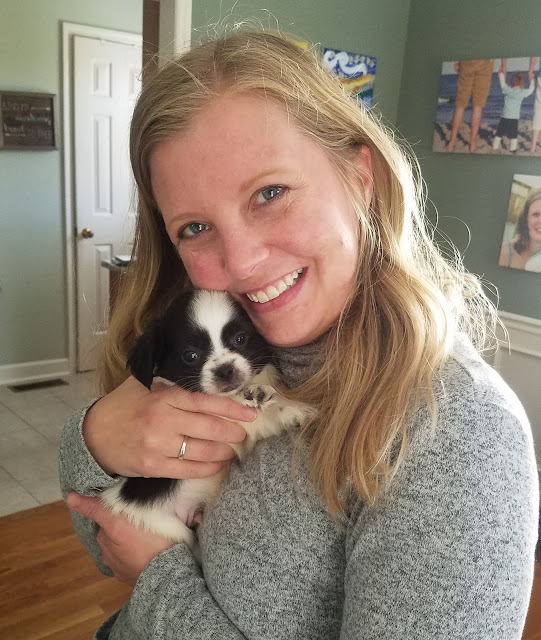 I mean, honestly. What other option was there really? 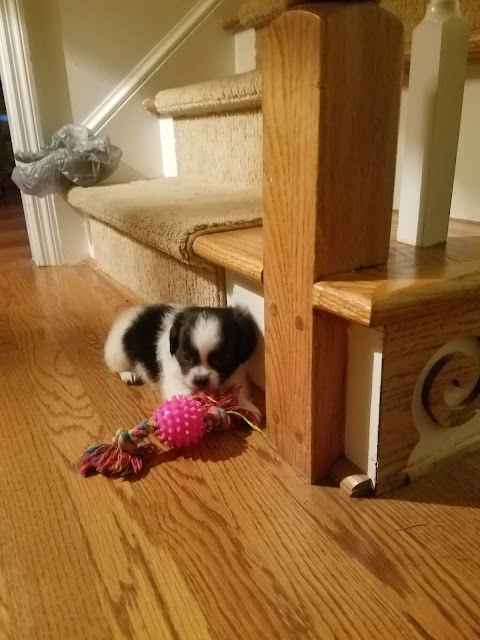 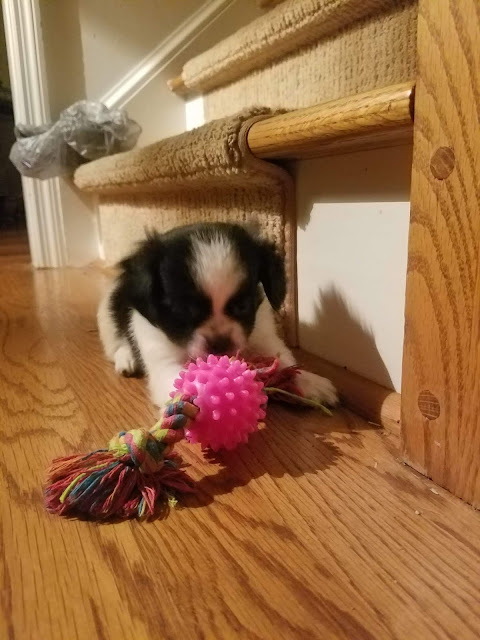 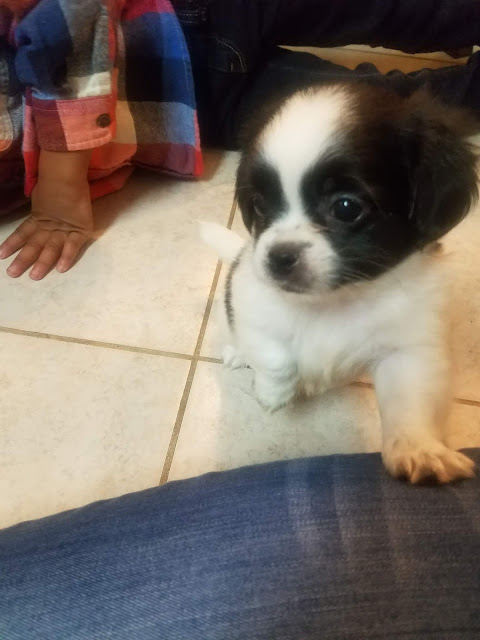 Funny twist to the story. Joey may have some Shih Tzu in him, but as he's grown, we've realized he's definitely NOT a Shih Tzu. He looks like he may have some Pekingese in him. And Pekingeses shed. Which is not great for EB. But now we all love him (even Matt), and he's Jonah's best friend, and it is what it is, and we're mostly okay with it. Except for Granny.

But really, the whole point of this post is that we had to get Joe Joe fixed yesterday, and he messed with his sutures, so now he has to wear The Cone of Shame. 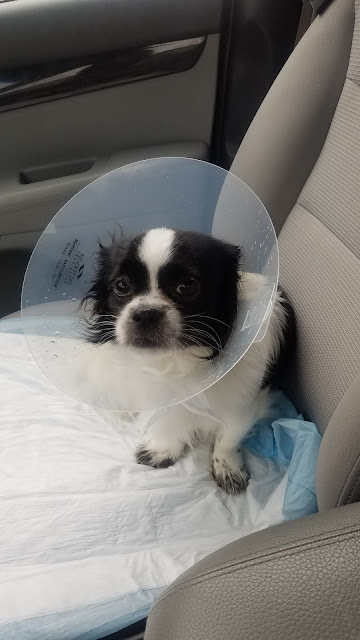 And he hates it so much. (Those raindrops on his cone are symbolic of the internal tears he's crying.) 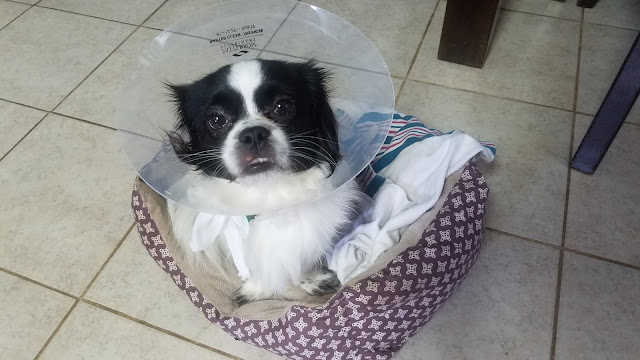 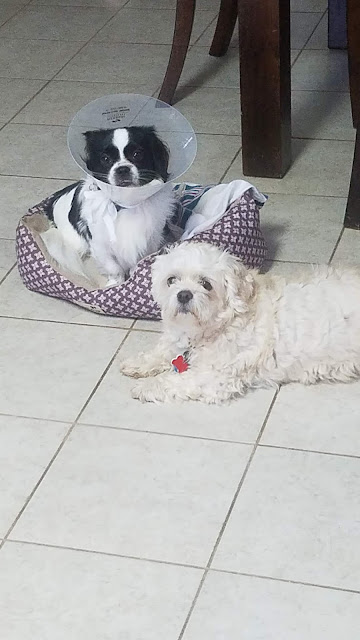 He whines every time I leave the room. So now I'm carrying my puppy around with me every where I go. 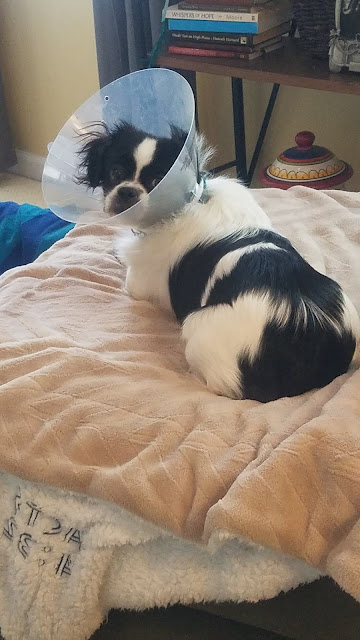 And that's why I haven't folded the laundry.

He is so super adorable!!! Oh my! I am in puppy love! I would not go anywhere near the laundry for months! LOL! :-)

Glad to see the updates. Snorted laughing at the AZ post. Still praying for you from up here in MN. I'm in Minneapolis and would love to help hook you up with whatever logistics are needed if you decide to come see Dr. Tolar!

Love seeing an update on your sweet family. And love sweet Joey!!